the gateway we call death - chapter 7
by russell m. nelson 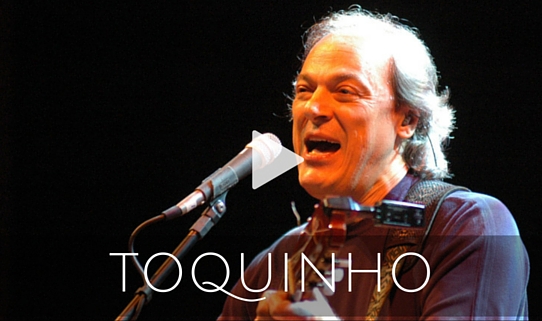 The Gateway We Call Death is a wonderful book by Elder Russell M. Nelson. Now you can read it in English and Portuguese!

THE VAST MAJORITY OF US will experience the joys and the aches that accompany a full span of life. Our passing will come when we are mature or even aged adults. We will also (if we haven’t done so already) part company with parents after one of both of them have reached the so-called golden age.

That circumstance pertained with me. Mother was in her ninety-first year at the time of her demise. Daddy was nearly ninety-four. Yet our family was typical in our reluctance to say good-bye. (When would we be willing to part with those we love?) Even when elderly or infirm persons need merciful relief, their loved ones are rarely ready to let go.

The only length of life that seems to satisfy the longings of the human heart is life everlasting.

As our father cared for our mother during her terminal illness, he taught important lessons to the family. We learned from their example that true love is not a matter of moonlight and roses. True love compassionately responds to the question, “Who will care for me when I am old?” He tenderly ministered to her needs and gave continuing consideration to her as a full partner, even to her very last day on earth. After her passing, he groomed her grave site as faithfully as he did his own home. Not only that, he also occupied his time doing nice things for his family, friends, and neighbors.

One day Daddy submitted to a reporter’s interview. He was asked if, as a widower, he was lonesome for his departed wife. To that rather indelicate question, he responded, “Yes, I am lonesome, but never lonely! I am too busy doing things with my children and grandchildren to be lonely.”

Always generous to family and friends, our parents regarded their finest gift to their children to be the solemnization of their marriage in the holy temple. That truly was a great day for them and for us. What a blessing it is to bind “the heart of the fathers to the children, and the heart of the children to their fathers” for all eternity! (Malachi 4:6.) That can be done only in a House of the Lord.

To the surviving partner after a long marriage, the gateway of death could lead to desolation and isolation. Many are still lonely. But those gates could also be opened to opportunities of consecration and rejubilation. Hope and help come from filling a divine prescription for happiness: “Said Jesus unto his disciples, If any man will come after me, let him deny himself, and take up his cross, and follow me. For whosoever will save his life shall lose it: and whosoever will lose his life for my sake shall find it.” (Matthew 16:24-25.)

This practice really works. When one stops focusing on personal problems and seeks to serve others, relief comes in a wondrous way. Perhaps an example will serve to illustrate. Not long ago I received a letter from a devoted sister in the Church. Her husband had passed away some seventeen years previously. This dear friend expressed herself so sincerely that I would like to quote from her letter:

“As I look back [upon the death of my husband] in retrospect,” she wrote, “I can see more clearly now the hand of the Lord guiding me along, giving me opportunities to grow and develop in ways that I probably never would have done otherwise. This is a testimony to me. I know that the Lord loves me.

“I have so much to be thankful for. I try every day to remember my blessings, and as I do this I am left with a feeling of humbleness and a renewed desire to just try to live worthy of the blessings I have already received.”

Then, after detailing her activities with her family and the Church, she concluded: “You can see that my life is rich and full – truly my ‘cup runneth over’.”

What a marvelous message from a wonderful woman!

In addition to the joy of accomplishment and opportunities for happy hours with the family, especially the grandchildren, the adult’s aging process brings counter-balancing physical and spiritual trials. Increased longevity means increased opportunity for something to go wrong. The train of advancing age carries the baggage of continuing challenges. A person previously healthy is now required to submit to the pain of chronic disease, of the discomforts occasioned by treatment, such as operative surgery, radiation, chemotherapy, or daily ingestion of injections of essential medication.

Orson F. Whitney wrote of the instructional value of affliction: “No pain that we suffer, no trial that we experience is wasted. It ministers to our education, to the development of such qualities as patience, faith, fortitude and humility. All that we suffer and all that we endure, especially when we endure it patiently, builds up our characters, purifies our hearts, expands our souls, and makes us more tender and charitable, more worthy to be called the children of God… and it is through sorrow and suffering, toil and tribulation, that we gain the education that we come here to acquire and which will make us more like our Father and Mother in heaven.”

Many people in the twilight of life are compelled to tolerate long and difficult days. They have firsthand knowledge of the oft-repeated divine injunction to “endure to the end.” One of those scriptures may serve to sample the many. The Savior said, “Be patient in afflictions, for thou shalt have many; but endure them, for, lo, I am with thee, even unto the end of thy days.” (D&C 24:8). The promise of such celestial companionship is most reassuring

Just as the Mater submitted to baptism to fulfill all righteousness, so did he allow himself to endure agonizing trials, even to the end of his mortal ministry. He repeatedly asked that we pattern our lives after his. So we must endure our trials just as he did. “Though he were a son, yet learned he obedience by the things which he suffered.” (Hebrews 5:8)

At a sacrament meeting I attended recently, I met a not-so-young sister in a wheelchair. She lacked the normal musculoskeletal coordination of her upper extremities. Indeed, her arms seemed totally useless. I observed, for example, that her husband placed the emblems of the sacrament in her mouth. I asked their bishop about her. He replied that she had become a talented writer and painter, accomplishing all of that with her feet. She had also learned to crochet – with her toes. How I admire persons who overcome such difficulty by the development of talents unknown to us without such a so-called handicap! I feel the same way about the sightless who learn to read braille, those without hearing who communicate by sign language, and so on.

As vital instruments in the hands of the Lord, prophets are also required to overcome hardships in order to accomplish his holy purposes. History is replete with examples of both the miraculous and the unlikely in the unfolding drama of his work. Many prophets have been required to pass through the crucible of adversity. In this dispensation, the prophet Joseph Smith was so tormented, tested, and tutored. While he was subjected to the indignity of illegal incarcerations, his prayers for relief brought these words from the Lord: “Thine adversity and thine afflictions shall be but a small moment; and then, if thou endure it well, God shall exalt thee on high.” (D&C 121:7-8.)

In an obscure jail, this seemingly forgotten prisoner was given this divine promise: “The ends of the earth shall inquire after thy name.” (D&C 122:1.)

The pattern of overcoming insurmountable odds can be identified among Joseph Smith’s successors. Several examples might be cited. Upon whom did God call to reveal and announce the privilege of the priesthood for all worthy males? President Spencer W. Kimball – a prophet who learned to speak with only half a vocal cord!

Upon whom did God call to send missionaries with the Book of Mormon and establish the Church in countries under the yoke of communism in Middle and Eastern Europe? President Ezra Taft Benson – an outspoken foe of communism! And in the process, communism crumbled in virtually all of those countries during his period of presidency.

Upon whom did God call to stand again and speak as the fourteenth President of the Church? President Howard W. Hunter – one who had earlier sustained mechanical injury to his spinal cord resulting in total paralysis of his lower limbs! For more than two and one-half years, he could not move his lower extremities. Advanced medical tests gave no hope that he would regain ability either to stand or to walk. Miraculously – virtually without precedent – considerable function did return, enabling him to walk with assistance and stand as a prophet of God.

So it is with prophets past, present, and future. They too “must needs be chastened and tried, even as Abraham.”

When hardships heaps its heavy load upon any of us, much good may yet be gleaned. Shakespeare so wrote:

Seeet are the uses of adversity,

Wears yet a precious jewel in his head.

An expression of the Lord is even more explicit: “After much tribulation come the blessings.” (D&C 58:4.) William Penn summarized in four words: “No cross, no crown.”

Finally, to the adult, to the aged and the disabled, the gateway of death may lead to welcome release from the infirmities of physical imprisonment. The gateway opens to opportunities newly born. Well worth the working and the waiting are the possibilities of heavenly homecoming, family reunion, resurrection, immortality, and eternal life.

YOUR FREE TICKET TO BRAZILIAN PORTUGUESE 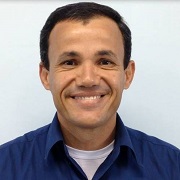 My Portuguese Phrasebook will help you have a great time in Brazil. You will learn words, phrases, and sentences that cover everything: From asking directions to making reservations to ordering dinner... 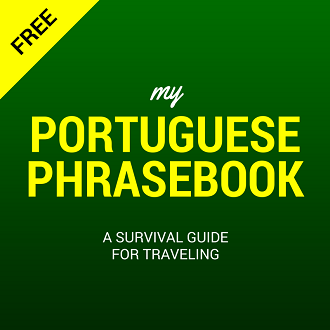